Live It Up - Peter Combe

is Peter Combe's long awaited 15th album is a showcase of his superb songwriting talents. Marvelous educational content in the songs "The Planets", and "All of the DInosaurs", a celebration of life in "Live it Up", an appeal to look after our fragile planet in "Sun Comes Up, Sun Goes Down," a plethora of nonsense words in "Ting Tang Teng Tong", silly "Mr Spool", his traditional inclusion of a fairytale song - "Little Red Hen", and many more songs of beauty and craziness, make this an inspiring album for all ages. 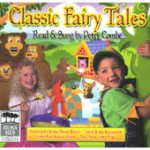 Here are four of the most loved children's fairy tales of all time read and sung by one of Australia's best known children's entertainers, Peter Combe. CLASSIC FAIRY TALES includes "Little Red Riding Hood", "Jack & the Beanstalk", "Goldilocks & the Three Bears", and "The 3 Little Pigs". Kids will love the entertaining songs accompanying each fairy tale. 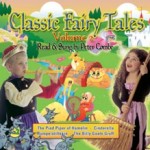 Here are four more of the most loved children's fairy tales of all time read and sung by one of Australia's best known children's entertainers, Peter Combe. CLASSIC FAIRY TALES 2 include "Cinderella", "The Billy Goats Gruff", "The Pied Piper of Hamelin", and "Rumpelstiltskin". Each story is read in Peter's own inimitable style and includes a captivating and original song. 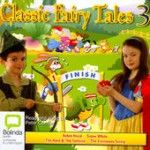 Recordings include Snow White and the Seven Dwarfs, Robin Hood, The Enormous Turnip, and The Hare & the Tortoise. 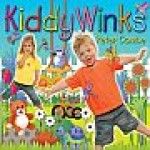 Peter Combe's KiddyWinks has 28 new tracks with all the musical diversity and attention to detail that parents and children have come to expect from a Peter Combe album - gorgeous melodies, fun quirky lyrics, beautifully recorded, children’s voices on many tracks and an action song featuring a superb string quartet. 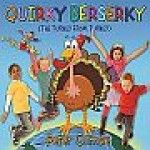 Quirky Berserky the Turkey From Turkey is a fantastic CD from Peter Combe and probably his most eclectic album yet! Featuring gorgeous melodies, lyrics that are both whimsical and beautiful, and Peter's delightfully eccentric vocals, the superb Quirky Berserky Band, a bluegrass group, the exquisite sounds of the Zephyr String Quartet, the debut of Peter's grandson Oli (possibly the best 3 year old singer in Australia!), 2 new Classic Fairy Tales songs, 2 children's choirs (Young Adelaide Voices and the Glee Club), lots of solos by different kids aged from 3-11 and a sooo...quirky cameo by ARIA winning jazz vocalists The Idea of North - this is probably Peter's most eclectic album yet! 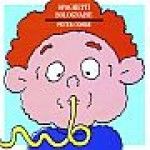 Spaghetti Bolognaise (and more songs for little kids) by Peter Combe was released in 1985 by ABC. It went Gold in December of 1988, and then Platinum in May of 1993. 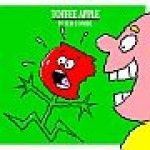 Beautifully arranged and recorded with Peter's usual fastidious attention to detail and, as always with his children's albums, very adult friendly, is Peter Combe's. Released through ABC in 1987, in March of 1988 it went Gold. It then went on to go Platinum in December of 1989. It was also awarded the ARIA for 'Best Children's Record' in 1987. 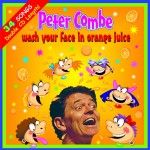 Wash Your Face In Orange Juice - Peter Combe is a double CD compilation of some of Peter Combe's most loved songs. It is currently his best seller. 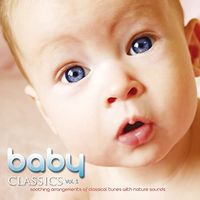 Baby Classics Vol. 1 brings together a selection of well-known Classical songs, in arrangements specially developed for the world of babies. With a sensitive and gentle approach Maestro Carlos Slivskin created renditions of music by composers like Bach, Beethoven, Brahms, Mozart and Debussy especially for little ones. To enrich the soft and calm character of these arrangements, nature sounds were added between songs, creating a transparent transition without interruption.